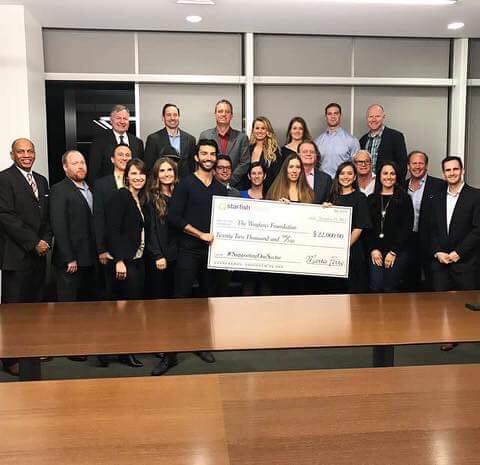 Last Wednesday, on November 15, Starfish Impact’s #SupportingOurSector community initiative culminated in the announcement of its grand prize winner. While every nonprofit that reached the final round (and every nonprofit nominated for that matter) is making a major impact on their work, the winning organization was particularly special.

Starfish Impact (@StarfishMarta) brought together more than a dozen members of the business community (including Social Sector Partners!) to try an innovative way to invest in the community. Each partnered business committed cash and/or custom pro bono services to go to the winning nonprofit—that’s selected solely by popular vote.

“We’re a brand new organization and this money is going to go a long way of making our dream of creating a Carnival that brings people all over the city together to realize the importance of connecting and humanizing those experiencing homelessness to life,” stated Baldoni of the grand prize.

The four other nonprofit finalists were also awarded smaller prizes.

The other nonprofits that were nominated can be found on Starfish Impact’s website.

David Greco
Previous post Your Board is the Difference: What it Takes to Achieve Real Impact Next post The Year of Thinking Money First!

Social Sector Partners provides a range of training and workshops for both nonprofit leaders and funders to help build the capacity, financial strength and sustainability of community based organizations.